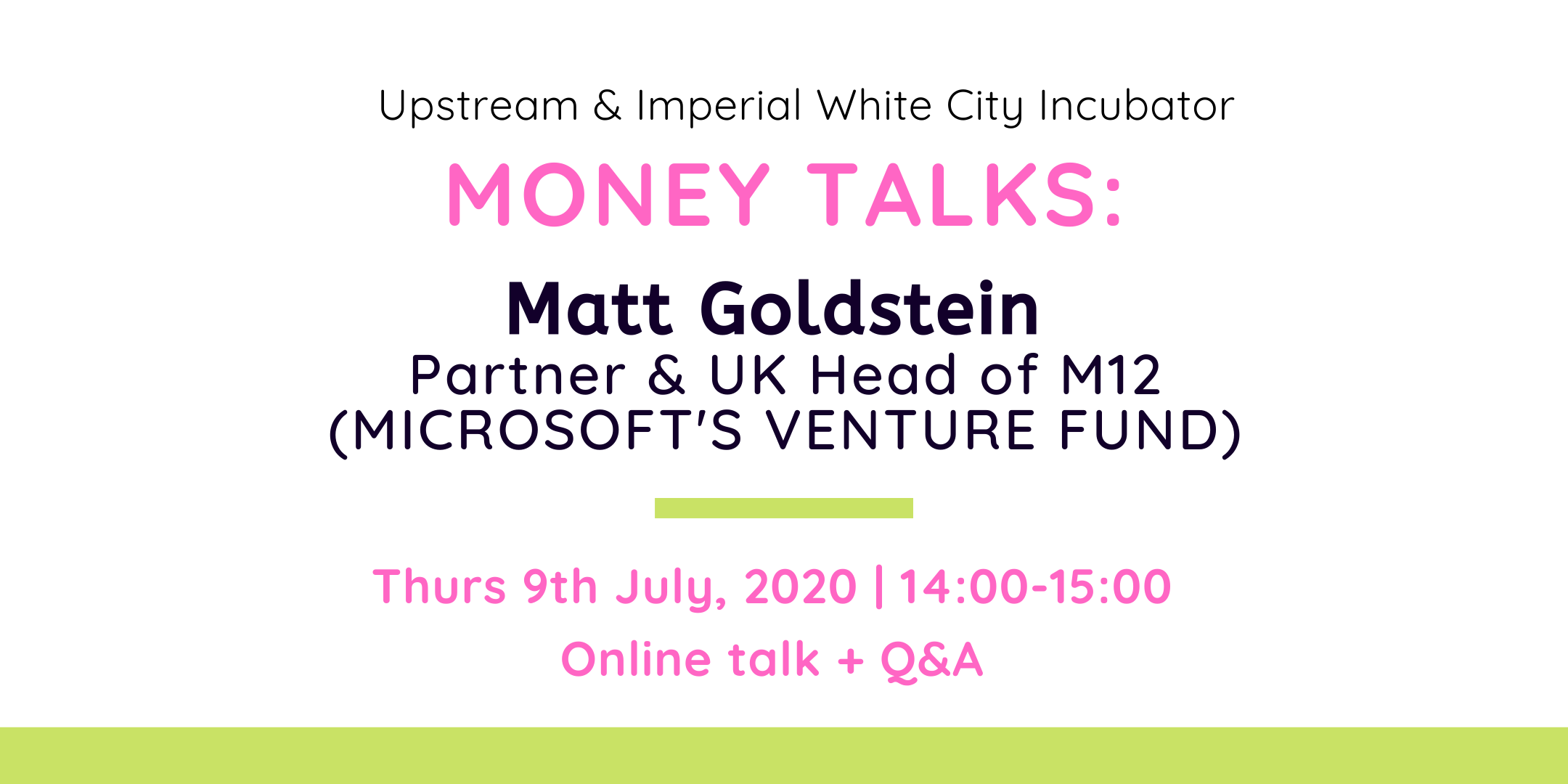 Tech startup seeking investment?  Come listen to and get in front of Matt Goldstein, Partner and UK Head of M12 – Microsoft’s Venture Fund.

We’re delighted to announce that the next speaker in Upstream’s Money Talks series is Matt Goldstein, Partner and Head of UK M12 – Microsoft’s Venture Fund. Matt will discuss where and why M12 has invested, what it looks for in its investments and top tips for those who want to get his attention!

The talk will last around 30 minutes, followed by a Q&A.

About Matt Goldstein: Matt leads investments in SaaS, cybersecurity and frontier technology companies, including the blockchain, drone and 3D printing sectors. Previously he was a principal at Trinity Ventures, focused on SaaS and cybersecurity. He began his career as a technology consultant for Fortune 500 insurance and telecommunications clients before joining an early-stage automotive startup that raised $110 million in venture capital to build a new American car company. Matt has an MBA from Stanford Graduate School of Business and a BA from Pomona College.

About M12: M12 is Microsoft’s Venture Fund. It is an independent, financially-driven early-stage VC investor in B2B startups across North America, Europe, Israel and India. Since 2016 they have invested over $500m into 80+ companies. They lead rounds, coinvest with other VCs, and help their startups achieve more via unparalleled access to Microsoft.

Money Talks is where Upstream connects the tech community with angels, VCs and other investors and advisers in the funding ecosystem.