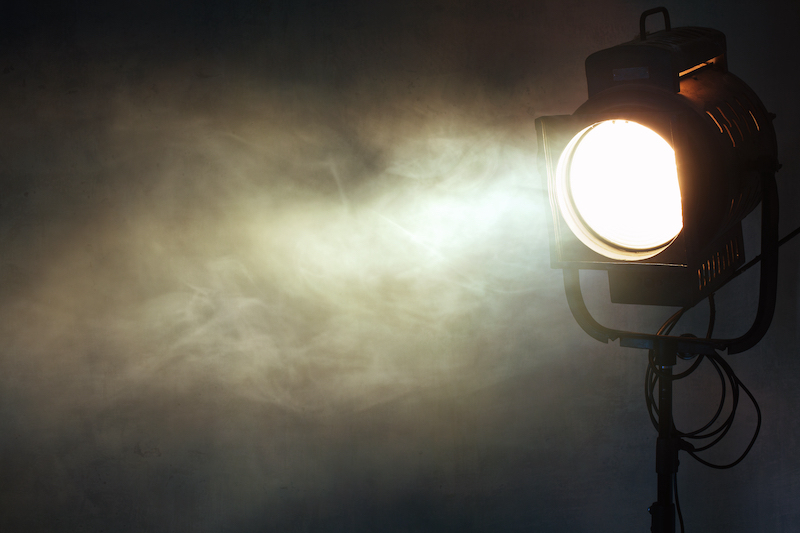 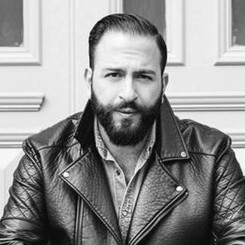 Our new monthly spotlight shines a light on Last Floor Productions who have been selected as the Audiovisual Consultant for the V&A’s forthcoming Jameel Prize: Poetry to Politics.

I’m Nasri Atallah, one of the co-founders of Last Floor Productions. We make films, television and digital content that aims to bring more Arab voices into the global entertainment industry. I personally do a combination of writing, producing and development depending on the day.

Tell us about your organisation.

My two co-founders and I noticed that there was a real gap in how Arab storytelling was evolving on screen. In the Arab world, a lot of filmmaking has been on one of two ends of a spectrum: either indie darlings or mass-market melodrama. We thought there was a lot of room to create the kind of stuff we like: horror, crime, thrillers, dramedy, etc. And outside the Arab world, representation is either non-existent or skewed towards a one-note story for the past few decades (I don’t need to tell you which one-note that is!). So we want to tell a more diverse range of stories because it’s important and because it’s entertaining.

What is your organisation most proud of?

We started just before the pandemic. So first of all, I’m proud we managed to get off the ground at all. We created, produced and released two TV projects with a major Middle East streamer, and made films for Apple and the V&A Museum. A lot of that was done from home – somehow. But more than that, we’re proud of our mission to bring Arab storytelling to the global stage. To that end, we’re starting a new company soon that has a more social mission called Last Floor Academy, with the aim of training the next generation of storytellers through education and professionalization.

We work out of Television Centre, and there’s something being based in an iconic building with a deep connection to the history of UK television and by extension to global television. It’s a rich and diverse area to spend your day in. And it’s exciting to be in an area that has such ambitious plans for its future.

What opportunities are there to work with Last Floor Productions?

We’re extremely open to collaboration across film, TV and digital projects. I’d say even if it sounds like we’re not exactly the kind of people you’d work with, give us a go. You might be surprised!

Where does the Last Floor Productions team hang out in H&F?

There are so many great places in the borough, but let’s keep it near the office. My go to when I want a taste of the Middle East is obviously Uxbridge Road. Zeit & Zaatar just past Bush Hall has the best manakish in London. It’s a kind of Levantine flatbread covered in thyme or cheese or ground meat. I’m partial to cheese. I also love the Japan Center Ichiba at Westfield, where you can get a donburi for lunch but also stock up on Japanese groceries. I haven’t been to many bars because of the pandemic, so keen for recommendations!

Tell us one funny/cool thing about you!

It’s never a good look to say something cool or funny about yourself, so I’ll go for ‘fun fact’. I only remembered this the other day, but I used to come to the Television Centre when I was a kid with my dad often as a kid because he’d be a guest on BBC Arabic. I loved snooker back then, which I guess is weird for the son of Lebanese immigrants to the UK. One time my dad had brought me with him and I saw John Virgo in the corridor. I was about 10. It probably won’t mean much to anyone now (or then!) but I nearly lost my mind. It’s funny that I now work in that same building.